Everything You Need to Know About Kratom Capsules

Smoking Kratom: Is It Safe?

Does Kratom Get You High? 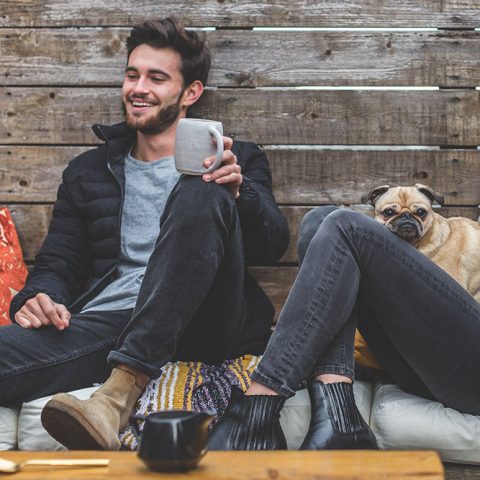 Kratom is a botanical substance with roots in traditional use in Southeast Asia. It was traditionally used for spiritual transcendence, increased work productivity, treating physical discomforts, and to support a more relaxed mentality.

Although comparisons are often made between kratom and other recreational botanicals and herbs, the kratom plant comes from the same botanical family as coffee. It does not contain any caffeine, but is known to produce a mild energizing sensation that may be comparable to the “buzz” associated with caffeinated beverages like coffee. Other strains of kratom are associated with more soothing effects, rather than energizing ones. This mild relaxing sensation may also be the reason for users describing a “high” feeling from kratom.

As the plant has become more popular in western culture with easy access to purchase online, the botanical has seen an increase in popularity for its purported health benefits, as well as other effects that are still the subject of study and clinical research.

How Does Kratom Make You Feel?

The main psychoactive components in the leaves of kratom are alkaloids that include mitragynine and 7-hydroxymitragynine. A study on the pharmacology of kratom indicates that the alkaloids present in kratom react to the central nervous system and may produce physical and mental effects, but further research is needed to determine how the total pharmacology of the plant reacts within the body.

The same study noted that the effects of the plant are dose-dependent. Those that participated in the study reported that small doses between 1-5 grams produced mild stimulant effects. Moderate to high doses, between 5-15grams assisted users in managing physical discomfort. Very high doses of more than 15 grams reported feelings of sedation.

The reported energizing effects from low doses of kratom may include:

The more relaxing effects from higher doses of kratom may include:

Kratom effects, also known as “kratom speeds” may depend on the strain or type of kratom taken. Though all kratom comes from the same species of tree, the reported properties and effects of the leaves may change over their life cycle, which can be indicated by the coloration of the veins on the leaf.

Kratom dosage directly impacts the feel and effectiveness of using kratom. Typical doses of kratom depend on your weight and biological sex.

Taking kratom in higher doses may also induce negative side effects that range from minor to severe:

Can You Create a Kratom Tolerance?

There are three phrases typically used to describe kratom use:

If a user no longer feels the effects of their normal dose, they have built a tolerance to their typical serving size. To reduce tolerance:

The abuse potential of kratom is still being studied. Long term use of kratom can result in building up a tolerance, and some users may increase their dosage to receive the desired effects that they felt in their earlier stages of use. The continued increase of dosage may result in dependence on kratom, which may cause withdrawal without use. In general, behaviors that may indicate dependence or addiction include:

Kratom has long been associated with energizing sensations, feelings of ease, and a relaxed mentality. Both this buzz of energy and relief from discomfort have been described by some users as a mild “high” resulting from kratom use, though different users report varying experiences. Research into the exact chemical pathways and effects of kratom on the brain is still ongoing as a growing community of users is drawn to the plant for its long history of use, unique properties, and a variety of potential benefits.