Kratom Might Be Useful Tackling the Side Effects of Chemotherapy

The Impact from the Few States Making Kratom Illegal 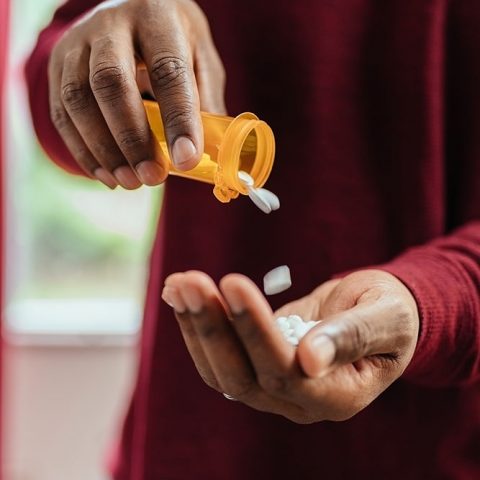 For the past couple of decades, the American opioid crisis has expanded. More and more people fall victim to addiction each day. And the coronavirus pandemic caused government shutdowns. The global catastrophe had the opposite effect on drug abuse and overdoses. New data shows that drug overdoses rose roughly 18% in 2020. But this year also brought one of the pharmaceutical companies responsible to its knees.

The pharmaceutical company Purdue Pharma recently reached a plea agreement for its involvement in getting unsuspecting patients hooked on the addictive OxyContin pill. In total, the government expects the company to pay upward of $8 billion to settle all the damages levied against it. Also, the Sackler family would lose the business. And the pharmaceutical company would become a public-benefit corporation. Still, it’s a small price for those involved. They single-handedly helped create the modern opioid epidemic we face. The company was utilizing doctors pushing the pills onto patients that didn’t need them. And they told the victims the drugs were less addictive than other opioids. But that was a complete fabrication. The brand of OxyContin consists of some of the most addictive and dangerous opioids on the market.

Victims of opioid dependency are ordinary people. Some of them have lucrative careers. It’s not unheard of to learn that doctors, lawyers, or judges battle addiction. Your next-door neighbor might suffer from the affliction as well. Hell, since you’re reading this, someone you know or love probably struggles with addiction. It may even be you.

With opioid addiction on the rise, scientists work tirelessly to try to find other possible treatments. Hopefully, they’ll find one with fewer side effects and risk of addiction than other medications used to treat opioid use disorder (OUD).

And now that’s a probable reality. A recent study was conducted by a group of doctors who investigated the claims about the therapeutic properties of kratom when used for opioid dependence.

The doctors were aware of recent research that suggests kratom helps treat pain. But were the anecdotal accounts of kratom consumers who used kratom to fight opioid addiction accurately described? The researchers used mice for the test to find out the truth. And the doctors separated the mice into six separate groups for the experiment.

The first group had saline administered to them. It was the control group. The actions of these mice, observed in a natural state, allowed the researchers a base group to compare their activity against the other mice in the test groups.

Another group of mice had escalating doses of morphine administered to them. The amounts increased from 10 mg/kg on the first day’s dosage to 75 mg/kg by day four. On the fifth and final day of receiving morphine, the dose dropped down to 25 mg/kg of the opiate. The treatment of escalated doses of morphine had induced physical dependence in the mice. The morphine produced agitation in the test animals. The scientists observed an increase in the frequency of jumping and teeth chattering in the mice. The animals also had a reduction in exploring around the cage and licking their forepaws. All these signs indicated a physical dependence on the morphine treatment was present in the mice.

In this group of mice, the test subjects had nothing but escalating doses of kratom administered to them. But they had a different reaction with kratom than the group with only morphine. The first dosage on day one was only 30 mg/kg of kratom. But by day four, the scientists dosed the mice at 125 mg/kg. Afterward, they dropped the mice to 25 mg/kg on the fifth and final day of the test. Then, when the researchers compared the escalated morphine group to the test group of mice with a treatment of escalated doses of kratom, the mice that received kratom produced few significant withdrawal signs.

This group of mice received a full week receiving elevated doses of morphine. The first dose of morphine on day one was 10 mg/kg. But by day seven, the mice were getting 80 mg/kg for their dosage. Then, the next day, the doctors gave the mice an acute dose of 40 mg/kg of kratom.

This mice group had elevated doses of morphine supplied to it for four days. The dosages began at 10 mg/kg. But on day four, the amount increased to 75 mg/kg. During the following three days, doctors gave the mice 100 mg/kg of kratom. Then on the last day, an acute dose of 40 mg/kg of kratom followed.

The last group of mice was similar to the fifth group. Group six also received elevated doses of morphine for a total of four days. Likewise, those doses began at 10 mg/kg and increased to 75 mg/kg by the fourth day. However, that’s where the similarities stop. For the next four days, the mice received reduced doses of kratom. The fifth day began with a dose of 100 mg/kg of kratom. But by the eighth and final day, the mice’s dosage had lowered to an acute dose of 40 mg/kg.

Three Big Takeaways from the Experiment

The researchers concluded from the results that kratom tea effectively blocked neurons from feeling pain predominantly through the mu-opioid receptors. Plus, after the scientists gave the mice the highest possible dose of kratom tea in the study, the researchers didn’t observe any respiratory depression. And that’s extremely important. Respiratory depression is one of the most adverse side effects present when someone takes large doses of typical opioids. Those drugs involuntarily slow down the subject’s breathing. And that causes a decrease in oxygen. If left unchecked, respiratory arrest may follow. And without breathing, those individuals most certainly face imminent death.

But the results of the experiment provided other answers for the doctors, too. After given kratom tea, there was no indication that the mice experienced condition place preference. And that result suggests the mice didn’t become physically dependent upon the kratom tea. You see, condition place preference works similarly to the Pavlov experiment. When an animal becomes dependent on a substance, it spends a lot of time in the area associated with the stimulus. The more time they spend there, the stronger the dependency. Yet, the doctors observed no sign of this activity, proving the mice never became addicted to the kratom tea. And other studies show comparable results. Recently, Kratom Geek discussed a similar experiment that suggested kratom is not addictive.

Furthermore, the experiment results showed that even small doses of kratom tea—as low as 40 mg/kg—effectively reduced the morphine withdrawal symptoms in the mice without sedative effects.

Opioid Dependency May Have Met Its Match

The ability of kratom to reduce the opiate withdrawals to morphine in the physically-dependent mice was evaluated using three different treatment paradigms. And overall, the doctors concluded the study by stating the results of the experiment suggest the use of kratom tea is a probable treatment for opioid dependency. The various doses of kratom given to the mice appeared to reduce the withdrawal symptoms from the morphine. The researchers also inform the audience that the alkaloid components found inside the leaf could one day become synthesized and used as a possible medication in the future to treat pain.

But even though those results are promising, there’s still an uphill battle to climb before the government takes the study seriously. More research is necessary to back the results of the experiment. And then human clinical trials would need to happen in the distant future. Only when all the data is sound would kratom get the due it deserves. Until then, make a big cup of kratom tea and drink up. There’s plenty of time to sit back, relax, and sip on your favorite kratom blend or variety. And in the meanwhile, peruse some of the other kratom articles we offer on the site. Kratom Geek covers several new scientific discoveries. And there are a ton more studies waiting on the horizon. Until next time, keep fighting to keep kratom legal because kratom saves lives.