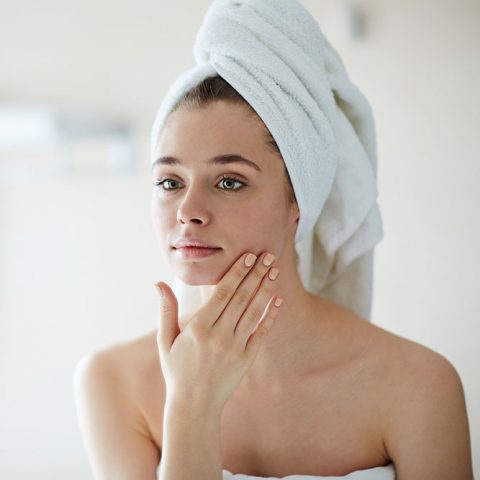 When people think about kratom, nobody contemplates whether the plant might be useful in treating acne. But maybe they should.  A group of scientists recently explored the question in Indonesia. They wanted to understand if the antibacterial properties of kratom would assist with the skin blemishes a large portion of the population faces at some point in their lives.

In America, acne hits the number one spot for most common skin condition, affecting approximately 50 million Americans annually. Around 80% of all Americans deal with outbreaks of pimples at some point in their lives. And 20% of them have severe cases of acne. And those individuals have to worry about the permanent scarring that’s possible from skin condition. Even if they’re lucky enough to bypass acne scars, the mental scarring remains—especially those plagued with pimples during adolescence. Let’s face it. Children can be cruel. So any additional products that help treat the condition are always welcome. Besides, it’s not just the US population that deals with it. The entire world does.

In 2017, a global market report was created about the impact and cost of acne. The results indicated that the costs associated with acne treatment exceeded $3 billion for the US alone. When we add in the entire planet, the global market for over-the-counter dermatology products was worth $114 billion. So the industry touts a lucrative market for sales. And the industry continues to grow. It mirrors the growing percentage of people who need to treat the affliction.

The number of people who suffer from acne grows each year, along with the growing population on the planet. And most of the people who have severe acne are part of the younger generations, dealing with the onslaught of puberty and hormonal changes happening in their bodies. Those hormonal shifts stimulate the sebaceous glands to secrete more sebum: an oily substance seals in moisture and prevents dryness of the skin. But the overactive glands lead to a chain reaction that clogs the pores, which leads to acne.

However, it’s not just adolescents who have acne outbreaks. There are no specific age restrictions for the skin condition. Individuals still get acne well into their 50s. Some people get their first pimple as they go through hormonal imbalances during their midlife period.

The science surrounding acne has provided a lot more explanations in recent years on how it’s formed. Now we have additional answers. On a person’s skin, Propionibacterium acnes (also known as Cutibacterium acnes) thrive. For the most part, it lives deep within hair follicles and pores. But some of it grows on top of healthy skin, too. The bacteria feed on cellular debris and sebum—an oily substance secreted by sebaceous glands. And when elevated production of sebum occurs, it gives Propionibacterium acnes the needed energy and nutrients to multiply. But that’s not a good thing. The rapid expansion of the bacteria triggers inflammation in the follicles and pores in the skin. And that causes a common skin disorder: acne.

A Couple of Taboo Plants Provide Hope to Those Afflicted

Scientists have begun looking in unconventional sources of molecular compounds to search for future acne treatments. One plant that may hold some answers is Cannabis sativa. The marijuana plant produces a cannabinoid called cannabidiol (CBD). Studies suggest the molecule works to prevent human sebocytes from making too much sebum—an oily substance linked to acne. And one pharmaceutical company created its CBD-derived molecule to license it for such a purpose. BTX 1503 is a synthetic compound derived from cannabidiol synthesized by Botanix Pharmaceuticals. And the drug is currently going through its clinical trials for FDA approval. The way it looks, the company should have their product on the market at some point in this decade.

But the cannabis plant isn’t the only flower our federal government has qualms about that might assist with treating acne. The other plant is none other than kratom. But unlike the method used by the CBD compound, it doesn’t focus on the sebum production of a person. Instead, kratom targets the main culprit involved in the creation of acne: the Propionibacterium acnes bacteria.

By pinpointing the bacteria, kratom works to remedy the complication that can develop from the source of the skin disorder. Molecules in kratom diminish the accelerated development of the bacteria some people suffer through. And scientific data exists to back that claim. According to an online scientific journal in Indonesia, researchers performed a study to determine the effects of kratom leaf extract against specifically targeted bacteria. And the results showed real promise.

To study the effects of kratom extract on Propionibacterium acnes bacteria, researchers performed a scientific experiment using the disc diffusion method. The disc diffusion test works by spreading an agar plate with live bacteria. With the current scientific study, the scientists used Propionibacterium acnes bacteria. Then a paper disc gets covered with a thick mixture of kratom extract. And that disc goes on top of the petri dish. That allows them to determine the effectiveness of kratom against the specific microorganism. Afterward, scientists allow the two materials to interact for a couple of days. And then, they observe the outcome, determining if the growth of the culture is affected by the kratom extract.

Even more fascinating, the results of the experiment indicated the kratom extract also had an inhibitory effect on the growth of Escherichia coli. And Escherichia coli (E. coli) are bacteria that usually live in the intestines of warm-blooded creatures. Humans can become infected with the bacteria by eating any undercooked meat. So it’s fascinating to discover kratom antibacterial effects possibly assist in keeping your digestive tract in good health. A happy gut is essential for overall wellness.

In due time, scientists will conduct more experiments to corroborate the findings. And perhaps, researchers may develop a treatment for acne using the molecules found in kratom. In such a case, they’ll find a lucrative venture. All across the globe, the beauty and wellness industry continues to explode. But we’ll have to wait for additional studies to be completed further down the line to know for sure. When researchers can provide findings from human clinical trials, then we’ll have more to discuss.

In the meantime, I feel scientists should also follow through with more experiments to understand kratom’s antibacterial properties on Escherichia coli. Even though most strains of Escherichia coli are harmless, some of them make people sick. The bacteria can cause diarrhea or urinary tract infections. It could also lead to respiratory illnesses like pneumonia. And that can be deadly. So the bacterium is something you want to keep out of your digestive system. The easiest way to accomplish that is by making sure you thoroughly cook all the meat you consume. Likewise, try to keep from swallowing any contaminated water.

It’s interesting to learn that a study has suggested kratom had an inhibitory effect on a foodborne illness. An estimated 75 thousand people get food poisoning from the contaminant each year. We’re already consuming kratom for other benefits. So it’s nice to know that it may provide us with one more additional therapeutic advantage. So far, new studies continue to imply the plant’s molecules produce numerous restorative attributes.