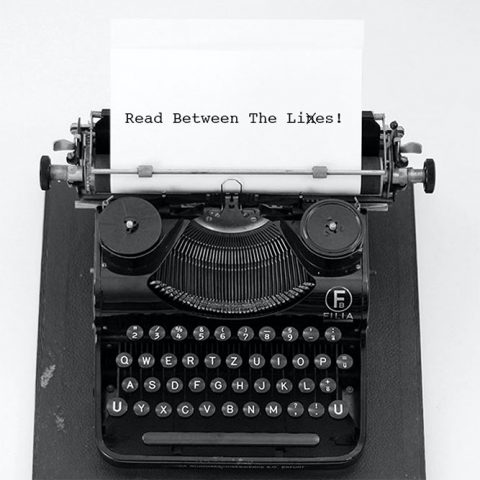 Have you ever drunk too much coffee that it became a little overpowering? What was the worst thing that happened? Did you get the shakes? Perhaps you felt some discomforting anxiety? Were you sweating more than usual? Did dehydration become an issue as you found yourself thirsting for something to drink? What about your physiological components? Did your heart rate and breathing speed up? If you answered yes to any of these questions, then you ingested a bit more caffeine than you normally do. And some people might try to classify what your body was going through as a caffeine overdose. But was drinking a few extra cups of coffee really an overdose? Or should it be called what it truly was: over-indulging?

There is a vastly different meaning behind the two terms overdosing and over-indulging. The former depicts the essence of fear. When you hear about someone overdosing on a substance, your mind automatically brings up images of someone in the hospital, and the doctors are doing their best to save the person’s life. And Death quietly sits idly by, waiting for its next passenger to sit shotgun as they journey together into the underworld.

However, the latter portrays a state where the subject was the victim of a lapse of judgment. And that’s something we’re all guilty of at times.

So as you can see, words matter. They have meanings. We shouldn’t allow members of the scientific community to mold them differently as a way to incite fear.

A Recent Report Brings Nothing New to the Table

An example of a scientific report revising terminology and facts can be witnessed in a recent study that was published on Taylor & Francis Online journal. It jumped on the “kratom overdose” bandwagon. Inside the report, it discussed how doctors should be better prepared to treat patients that come into their clinics while overdosing on kratom, salvia, and psilocybin mushrooms.

But unlike some reports that try to sneak in anecdotal evidence of a kratom overdose, this publication provided no new lies to add to the argument. Instead, it pulled from those same reports that have been repeatedly debunked on other occasions before, misinforming the public with unsupported claims.

The publication states that clinicians should remain vigilant in learning about the newest drugs out there that have a potential of abuse. Yet, paradoxically, the three substances that are listed in the report are the furthest things from new substances.

Salvia divinorum is a plant that was used by shamans and medicine men for ages. It’s been known throughout the States since the 1800s, growing wild in some places like Texas and New Mexico.

Psilocybin mushrooms have been around just as long. They were used in ancient societies for its hallucinogenic effects; this fungus is no stranger to our populace. And you can even find some varieties growing in fields where grazing herbivores range.

And kratom is certainly not new. The leaf has been used for centuries by natives to make a tea that they would drink for fatigue in Southeast Asia.

The Healthcare Industry Should Strive to Do Better

The study does nothing but rehashes old misleading information pulled from databases like PubMed, SCOPUS, ProQuest Central, ProQuest Dissertations, and CINAHL. In retrospect, after reviewing all of the information listed, I’m still unable to determine the need for this additional publication. What was its purpose? What did it add to the debate? The answer is nothing.

I understand that it states the entire objective of the review is to provide pertinent information to care for overdoses caused by salvia, kratom, and psilocybin mushrooms, yet every physician is already well-equipped to deal with any patient who has taken any of those substances. Let’s all be honest: the only thing a doctor would be able to do is to calm the patient down, letting them understand that what they’re experiencing is not fatal. Afterward, the doctor could make sure the patient stays hydrated and in a safe, comfortable environment. The doctor could go one step further and check their vital signs to placate the patient’s nerves, but that’s about it.

However, the humane treatment in such a scenario would be for the doctor to make certain the patient understands the cost of such treatment. Getting admitted into overnight care because your anxiety got the best of you shouldn’t result in a few thousand dollars of medical expenses—or a permanent medical record that follows you and shows drug usage. Instead, they should speak with someone the patient knows who can watch over them and provide them with a safe space at home.

Mother Nature Is Not the Enemy

And just like the asinine claim the publication makes about overdosing on kratom, the same can be said about the report throwing salvia and psilocybin mushrooms into that mess of misinformation. While Salvia divinorum does have hallucinogenic properties, its toxicity levels are too high for anyone to actually overdose on. Sure, you might have a heavy trip on the plant or feel very overwhelmed, but the threat of overdosing and dying doesn’t even enter into the equation. Besides, the effects of a salvia trip are over before you even realize you’re tripping. While ingesting it makes the sensation last longer, it’s still usually done within an hour or two. So by the time a person got to the emergency room, the trip would already be winding down to its closure.

The same thing can be said for psilocybin mushrooms. They’re relatively mild. In fact, members of the medical community have taken an interest in these psychedelic shrooms and are pushing for legalizing them medicinally. The mushroom’s toxicity is extremely low. To date, there have been no known deaths associated with overdosing on shrooms. Now, there have been instances where people were killed in accidents involving these psychedelics, but not as a direct result from anyone overdosing on them. You could push the limits and eat a bunch of these fungi, but you’d only end up taking a long-lasting trip that might verge into unpleasantness. But after some time, the effects would wear off. Then you’d be right back to normal.

We Must Call Out All Misinformation

Fallacious reports published in scientific journals work to provide an uneducated audience false information to use as ammunition when discussing a topic that they know nothing about. And beginning the topic by discussing the opioid epidemic and the overdoses that resulted from it was a sneaky way to correlate those dangerous drugs with the natural plants talked about in the report. And that leads to people becoming afraid of the plants growing in nature around them. But there’s nothing to be scared about. They’re just vegetation that Mother Nature provided. All three of those plants provide therapeutic benefits for the user once they’re ingested. And the indigenous people who discovered the plants’ medicinal properties used them for eons prior to us ever “discovering” those plants’ existence.

But it’s our duty to find these types of publications and bring them to the front of the conversation, calling them out for the nonsense they spew. Challenging the authors of these reports for the misinformation they spew allows us to demonstrate how some members in the scientific community are willing to discuss subjects without doing any significant research of their own. These types of reports can be dangerous; they’re used by our country’s representatives and leaders to create legislation that makes plants illegal. But when Mother Nature becomes illegal, you have to realize that your government has become a tyrannical entity. And we must all stand strong against that onslaught of oppression and voice our concerns: a kratom community united as one.