Kratom Might Be Useful Tackling the Side Effects of Chemotherapy 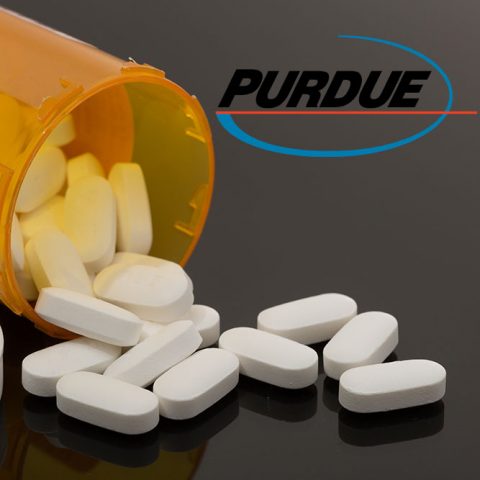 The opioid crisis in our nation is not new. We’ve been down a similar path before, more times than not. And we’ve slowly trudged through those marshlands each time. The last time we faced this common enemy was at the tail end of the 60s. But this time, it’s somewhat different. Instead of the heroin epidemic of the 70s, set in motion by access to the drug by American soldiers in the Vietnam War, the opioids flooding America’s streets today were created in a laboratory by an American pharmaceutical company and pushed by the most unsuspecting drug dealer of all time: legitimate physicians.

For the past few years, Purdue Pharma, a pharmaceutical industry behemoth, has remained under investigation by the federal authorities. The company faced US Justice Department probes over its primary role in connection with the opioid crisis tearing apart the fabric of our Republic. As the maker of OxyContin, a deadly and addictive opioid that was heavily marketed to an unsuspecting populace, no other pharmaceutical company has done as much damage in the 21st Century. They single-handedly led the charge to produce the opioid epidemic of modern times.

Through the company’s illegal kickback scheme, it grew the sales of OxyContin from $45 million in 1996 to $1.1 billion in 2000—only four years later. With the corporation’s tremendous growth, it left tragedy in its wake. The number of opioid addicts continued to rise simultaneously with opioid stock values. And the number of lawsuits climbed along with them.

The year 2020 rocked the foundation of the opioid epidemic in the United States. Purdue Pharma announced the company has agreed to plead guilty to three federal criminal charges for the creation of its most lucrative pharmaceutical: OxyContin.

As part of the plea arrangement, Purdue Pharma will plead guilty to one count of conspiracy to defraud the US and violating the Food, Drug, and Cosmetic Act. On top of that, it will plead guilty to two counts of conspiracy to violate the Federal Anti-Kickback Statute by intentionally conspiring with others to aid and abet the prescribing of the medication through doctors without legitimate medical reasons and outside ordinary professional practice. The company managed that by paying doctors to write more prescriptions for its drugs. In addition to guilty pleas, the company has over $8 billion it needs to pay to cover the fines and penalties for the total settlement.

The Justice Department also reached a separate agreement in a civil settlement with the Sackler family. The former owners of Purdue will make a $225 million payment to the government. But that’s part of criminal forfeiture worth $2 billion. But the company also has to deal with a $3.54 billion criminal fine. However, that money will have to come from what’s left over after all the bankruptcy debts are collected. The pharmaceutical company faces large expenditures from creditors. State and local municipalities also have suits against the corporation. Purdue has to pay $2.8 billion in damages arising from its civil liability.

Purdue Pharma had an audit performed after the company filed for bankruptcy back in September. It showed the Sackler family withdrew $1.3 billion from the company from 1995 (the year OxyContin got approved by the Food and Drug Administration (FDA)) through 2007. However, in the decade from 2008 to 2017, the family received payments that amounted to $10.7 billion. Those larger payments the family began to receive starting in 2008 correlated to a plea deal the company accepted in 2007. The plea deal was for felony charges of defrauding its customer base, claiming the drug was non-addictive. For the illegal activity, the Justice Department penalized the company for $600 million at that time. Afterward, the Sackler family took more substantial amounts of money out of the company.

Even with the company agreeing to pay $8 billion in damages, the company still got off easy. The combined claims from all the US states with pending suits against Purdue amounted to approximately $2.2 trillion. So, as you can see, the company’s financial responsibility in the case is only a drop in the bucket compared to that.

The slap on the wrist has not gone unnoticed. While the Sackler family has offered to contribute $3 billion of their own money to resolve the numerous lawsuits pending, it’s a fraction of the $10.7 billion they took out of the company to distribute amongst overseas holding companies and trusts. But often, that money went to organizations based in countries known as tax havens. And they diverted large portions of their profits to Sackler pharmaceutical companies stationed in other countries. Those companies are still in the market of selling opioids abroad. So the family’s charade commences overseas, targeting other nations to sell their deadly wares to.

After the deal goes through, Purdue Pharma would transform into a public-benefit corporation, making it governed by a trust. But the opposition was made known by half the states with lawsuits, claiming it would be wrong for the government to rely on more sales of OxyContin to fund programs to mitigate addiction from said drugs, making the government complicit in the ongoing epidemic.

Still, not one person was placed in jail, even though the company and its owners were complicit in the deaths of hundreds of thousands of Americans selling a dangerous drug. On the other hand, a kratom vendor recently got found guilty and thrown in jail for selling a plant that science considers relatively safe. So you can see where the federal government’s allegiance lies on the issue of the opioid crisis. The pharmaceutical industry has the feds in its pocket.

Kratom Is the Answer to the Country’s Dilemma

For centuries, in the countries where kratom grows indigenously, natives have used the plant to battle the addiction that comes from harmful opiates. And now, science backs those claims. Numerous scientific studies indicate one of the benefits associated with kratom is its ability to ease the symptoms of withdrawals from opioids. You would think such scientific discoveries would excite our government since it’s currently in the midst of an opioid epidemic of its own. Yet, our government agencies continue their war on kratom, trying to ban it from our country. The FDA wants to keep kratom away from the American citizens who need the plant the most.

The FDA says that kratom is a dangerous substance. Scientific reports indicate otherwise. And the FDA was the same agency that approved OxyContin for Purdue Pharma. The agency allowed the drug to get marketed as a safer, non-addictive alternative to the opioids already sold. Yet, OxyContin contained the same opiates already on the market. So it was no surprise to many when addiction numbers spiked shortly afterward. And if it weren’t for class-action lawsuits filed by individual states against Purdue Pharma, then the FDA would have continued to look the other direction.

Now, the federal government wants to allow a public-benefit corporation to continue selling OxyContin, giving some of the profits to settle the remaining suits against the once privately-held company.

And that’s the state of affairs in our country. Our government demonizes kratom while pushing for the continued market for addictive opioids.