What is the Difference Between Organic and Fair Trade (and Why Does It Matter)?

Are Vitamin and Supplements Good For You?

DNA Analysis of the Mitragyna Species to Differentiate Plant Products 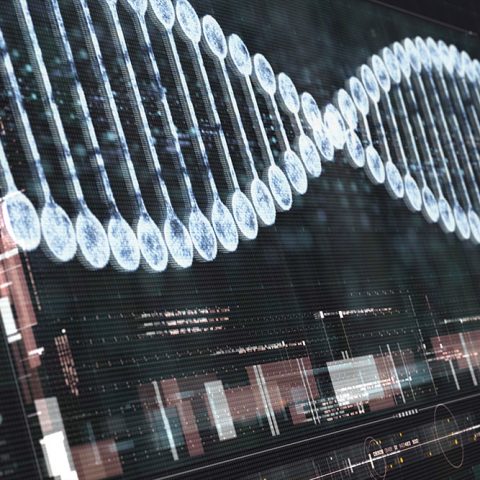 A decade ago, only a small group of the populace knew about kratom tea. Its popularity has grown steadily over the past few years. The government tried its best to ban the substance. But the effort of the federal agencies failed miserably. Since that year, the FDA has made publishing kratom misinformation one of its priorities. And it’s taken every effort to stymie kratom companies from advertising their products. The agency placed pressure on the tech giants. Those social media platforms clamped down on allowing kratom companies to mention their wares shortly after.

The past couple of years provided a small window for taboo botanical products. That window originated with the CBD market. When the federal government legalized industrial hemp, the market grew so fast that it developed new marketing approaches. Now, kratom advertisements show up on social media feeds. Facebook suggests kratom ads on its service. The ads show in Google searches. And at the tail end of 2020, kratom advocates even witnessed kratom commercials airing on primetime television networks. And we’re talking about some of the largest T.V. broadcast companies. Those commercials ran on networks like Fox and MSNBC. So it’s only a matter of time before kratom’s popularity balloons. And as more people learn about kratom, the marketing floodgates will open.

But to properly provide authentic kratom to the masses, the kratom industry needs access to technology to differentiate kratom plant material from other substances. So the technology for taxonomic identification needs to be utilized.

The Organized Construction of the Taxonomic System

The current taxonomic system consists of a hierarchy with eight distinct levels. Those eight units that we use to classify all organisms are domain, kingdom, phylum, class, order, family, genus, and species. Each level—known as taxon—further into the taxonomic system you look, the closer you get to identifying an individual species out of the entire group. And we can witness that with the kratom plant. Kratom belongs to the kingdom Plantae, which contains all discovered plants on the planet. Lumping all the plants into one large group makes it impossible to tell them apart. At the moment, there are an estimated 391 thousand different plants. So humanity needs to narrow that group of organisms from each other.

As with kratom, we get to the substance of the plant when we reach the genus it belongs to, which is Mitragyna. But even a genus of vegetation can leave us with a broad range of plants. There are quite a few species that belong to that genus of trees. The plant list of species within that genus includes Mitragyna diversifolia, Mitragyna hirsuta, Mitragyna inermis, Mitragyna parvifolia, Mitragyna rotundifolia, Mitragyna tubulosa, and Mitragyna speciosa (kratom). So six other species are classified as Mitragyna. And anecdotal evidence suggests that some of these species provide some similar therapeutic benefits as kratom. But none of them perform as well as kratom does. And that creates a problem if they’re added as cheap filler agents to kratom batches for sale.

Determining if Cheap Botanical Fillers Are Present in Kratom Products

Cheap botanical fillers are quite usual in the herbal industry. The United States imports a large selection of herbal material. And once in the US, the herbal supplement industry does not face the same scientific scrutiny as medications do. But that’s by design. Companies are not allowed to market dietary supplements as cures or treatments—even if studies suggest the plant has medicinal value. So it creates a more laissez-faire marketing system in place. But that also has drawbacks. And one such issue that arises presents itself as adulterated plant products from suppliers mixing herbal products with plant material from a different species of plant.

One scientific team decided to investigate the matter. The team created a study to determine whether the kratom products in circulation were 100% kratom-plant material. But the taxonomic identification of tree species can be very complicated. The primary molecular identification tools used in the past decade are time-consuming and provide limited results. However, scientific studies have recently shown that DNA barcoding combined with high-resolution melting (BAR-HRM) analysis can accurately distinguish very closely related medicinal plant species from one another. So the researchers performed the test using the BAR-HRM analysis technique.

The scientists gathered six different suspected kratom products from several sources in the southern part of Thailand and compared the DNA barcodes found in those substances to the DNA sequence data of the known Mitragyna speciosa plant. Out of the six products, only five of them registered as Mitragyna speciosa (kratom).

The DNA barcoding technology indicated that only five of the six kratom products were authentic kratom. One sample registered as another plant in the Mitragyna family. One specimen of suspected kratom product matched the DNA profile and melting point of Mitragyna diversifolia—a close relative in the Mitragyna genus. Yet, suppliers sold it on the market as kratom, which means that the same thing could occur here in the United States without anyone being the wiser. It’s an issue that plagues the herbal industry as a whole.

Even though humanity has used traditional folk medicine for thousands of years, many countries do not recognize herbal products as medicinal. Their scientific communities haven’t thoroughly studied the safety, quality, and efficacy of plant materials compared to modern pharmaceuticals. But as the herbal industry grows, that’s changing. However, the quality of the products still presents a problem. Almost all herbal material on the market gets purchased as crushed plant matter. And that makes it easy for suppliers to add other plant material to it. Nobody can tell from looking at it. So there is no way for the consumer to know that the product they purchase contains the ingredient listed on the packaging.

Companies can perform a chemical analysis of their products for harmful contaminants. For example, one scientific experiment proved contaminants were present in kratom products sold in head shops in the US. But currently, there are no set procedures for differentiating kratom material from other plant substances added to products.

Cheap Plant Fillers Are an Issue for the Herbal Market

At the time, the kratom industry does not have a way for taxonomic identification. Most of the aboveboard kratom companies send their products to independent laboratories for chemical analysis, but those labs only test for bacterial and metal contaminants. The lab can also provide results on the alkaloid concentration of the samples tested. But the labs don’t examine the DNA of the plant material.

The kratom industry markets the product as a herbal dietary supplement in the United States. And all botanical products are vulnerable to suppliers intentionally mixing in other plant materials to change the product sold. And it can happen anywhere throughout the chain of sale. Cheap plant fillers can be applied to the recipe by the farmer, supplier, or kratom company. And some kratom vendors buy in bulk from companies in the States, too. So they also can use cheaper additives to create filler to be sold.

The kratom experiment indicated that one of the six suspected kratom products the scientists tested registered for a different species of Mitragyna. So the majority of the plant material sold as kratom in that batch was, in fact, not kratom.

And it’s not just the kratom industry that faces these dilemmas, either. One experiment tested various herbal supplements on the market. The scientists performed DNA barcoding on 44 herbal products and 50 leaf samples. And the results showed that most of the batches showed considerable amounts of product substitution. And that’s not good for business.