A Study on Kratom and Cholesterol Levels

Kratom Effects (Speeds): What Do They Mean? 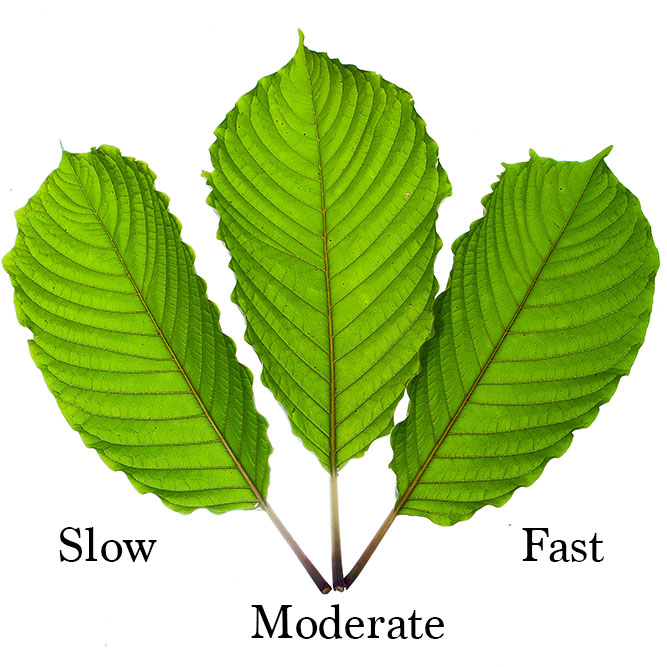 Not everyone has tried kratom before. And I’ve found myself trying to enlighten people who are curious about the plant and its benefits. When looking online, there is so much misinformation and conjecture about the subject that I felt it was time to speak up. First off, there’s still a lot we have to learn about Mitragyna speciosa. There have been a number of recent scientific studies on kratom, but we’re far from grasping the most basic concepts.

And as for the online compositions that are marketing kratom out there, you’ll get lost in the hustle if you’re not careful. You’ll read about the different veins as major contributors to how kratom works, but the truth is every batch of kratom has all three colored veins in them. The only difference is the color of the batch itself, which comes from fermentation and drying processes. But that can have a significant influence on the outcome of the product, the same as it does with traditional teas that are sold on the market.

However, there is a simple guide to understanding which kratom products have a particular effect. When judging kratom, there are three basic classifications for the kratom varieties:

All three of these categories are possible to be found in different kratom products at separate times. And that’s because each batch of kratom is unique, depending on the harvesting times, supplier, and ecological conditions. But we’ll explain the essentials of the speeds below.

For the most part, these types of kratom varieties were all the rage at the beginning. Since the kratom community grew from a group of people looking for alternative methods to treat pain, it was only natural for them to seek out varieties that lightly mimicked the effects of pharmaceutical pain killers.

The majority of users find red-colored varieties of kratom to have slower effects than the rest. And those users who have had addiction problems with opiates in the past are usually drawn to these kratom types. But slower kratom speeds are not only for addicts. They have greater pain-reducing effects, for the most part. So its therapeutic benefits are unmatched.

When is it best to Use?

Since this speed is more relaxing than the others, it’s best to take a slow whenever you’re winding down for the night. You can also take them whenever you’re off from work and are ready to relax. For people with pain problems, you can take it as you normally would for relief. And those who are looking to take the edge off from stopping opiates, you would take your dosage as needed, too.

For beginners, a moderate kratom variety is a great place to start. It gives the best of both worlds, mixing the effects from the faster and slower kratom types. It doesn’t make a person too anxious or give the jitters, while it allows a calm demeanor to remain intact.

Most users say the green-colored varieties are usually a more moderate type of kratom. Perhaps that’s because the green varieties have the least amount of fermentation process of them all, keeping the original green hue of the kratom leaf untouched. But the way one person’s body chemistry works could be different from another, so you will want to see which varieties are more moderate for yourself.

When is it best to Use?

Out of the three-speed sets, the moderate varieties don’t have a particular moment when it’s best to take this kratom. These varieties are not too overwhelming and work for all occasions. If you were to take it at night, this kratom wouldn’t keep you up. And when taken in the morning, it doesn’t make you drowsy, either. The therapeutic effects lean more toward stress and anxiety relief than anything else.

Out of the three separate speed categories, the faster kratom varieties are my favorite. They give you a little jolt in the morning, similar to coffee. And as a coffee fanatic, that works perfectly with my morning routine. I even drink a cup alongside my coffee, combining the two cups into a combination that hits really hard.

On average, most users find that the lighter-colored (white or yellow) varieties have a faster vibe to them. But that’s not always the case. There are other fermented kratom types that have exhilarating effects associated with them, too. It just depends on the batch you receive. But as always, test them out for yourselves. As is with the prior two speeds of kratom: everyone’s body makeup is different.

When is it Best to Use?

If you’re like me, you’ll want to take some of the faster varieties first thing in the morning. They give you the needed energy to start tackling your goals for the day. I even use this in the evening when I have a lot of work still on my plate. Otherwise, I’d be drinking a ton of coffee. But kratom is actually a little less acidic, so it doesn’t strain my stomach as much.

Find the Speed That Works for You

These three speeds are going to help you to differentiate the types of kratom on the market. The most important thing you need to reflect on when purchasing kratom is the end-effect you’re looking for. The therapeutic benefits of kratom are associated with the speed of the variety, not the region or vein colors of the kratom leaf.

While there is a general consensus on which varieties behave in a specific manner for most people, it may not be the case in your scenario. Body types and brain chemistry can change the outcome for each person. And nobody knows how any kratom varieties will behave in your body. So disregard any material out there that gives a one-size-fits-all approach to kratom varieties. It’s just not true.

So you’ll have to do a lot of experimenting with the varieties to see which certain products interact with your body a particular way. And you’ll most likely want to purchase the smallest amount allowed of a variety so you can get a feel for it before purchasing a larger amount of a certain batch. And if you’re switching between vendors, the same thing goes for varieties you’ve already tried with other companies. Each kratom business utilizes different suppliers and farmers from Indonesia, so the kratom variety can differ from company to company.

But when you find a great batch, buy as much as you can. There’s no telling how long that batch will last. And then you’re back to square one.