The American Kratom Association Steps Up Its Game 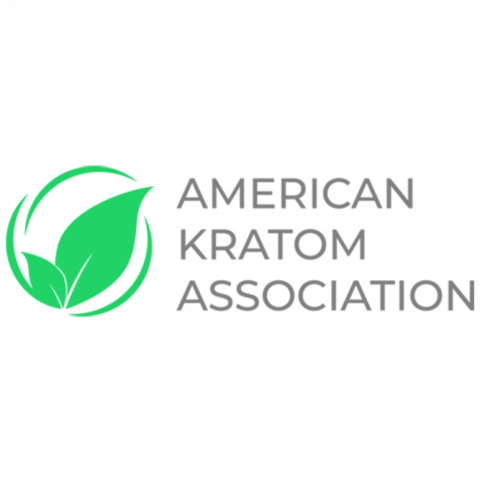 Obviously, since you’re reading this article, you must have some interest in kratom. Perhaps you consume it. Maybe you sell it. There’s even a chance that you’re just dipping your toes into the waters to learn more. Whatever may be the case, the American Kratom Association (AKA) is always an important topic to touch up on every so often. The AKA is a kratom consumer protection agency that works to make sure customers have access to safe and legal kratom in the United States. And the organization manages to accomplish its goal by working to introduce its version of a Kratom Consumer Protection Act on behalf of the kratom consumers at the state levels—as well as it has introduced the Act federally.

And it’s a good thing the AKA is working overtime to keep kratom legal for you to possess because there are individual parties that are involved in politics that want to ban the substance altogether. We got a whiff of that smell back in 2016 when the Drug Enforcement Agency (DEA) tried to put kratom on its scheduled list of drugs. Then the Food and Drug Administration (FDA) started gunning for it shortly after. And that agency has done everything in its powers to stop the importation of kratom into the country.

We need the AKA in our corner to make sure the FDA never succeeds with its plans. And the only way the AKA will make sure that never happens is by hiring the best leaders.

Leadership Can Make or Break Something

During the AKA’s inception, the chairman of the non-profit organization was Susan Ash. But her time as the chair was controversial. And it caused a huge rift in the community—one that still exists to this day. Now, I’m not going to point fingers and make allegations without tangible proof, so I can only relay the information of what she was accused of: the embezzlement of finances from the AKA’s donor funds.

I’m not trying to get into the he-said-she-said rumors about that scenario. I was just informing you because of the significance of the schism that resulted afterward.

When Susan Ash stepped down from the position, Dave Herman became the Chairman of the AKA. He did a great job, too. He was up to the task of making the AKA a political power that could lobby for kratom consumer’s best interests. And he advocated for the science about the kratom plant to be the primary tool used by the organization to fight with.

However, a couple of months ago, Dave Herman announce he was retiring from the position. And unlike his predecessor, his decision to pass the baton to a new recruit wasn’t surrounded with an overwhelming scandal that rocked the kratom movement. Nope. It was quite the contrary. His resignation was performed for the sole purpose of making sure the organization had the best fit leader for the job in the years ahead. And at his behest, Matt Salmon was knighted for the position of the AKA’s Chairman.

The new Chairman of the American Kratom Association is prepared to take the task of legalizing kratom all the way to Capitol Hill. And he knows the terrain better than anyone in the AKA because he was actually a politician prior to accepting the position. And his resume speaks for itself.

Back in 1990, Salmon ran for a position in the state legislature to join the Arizona Senate, and he defeated the incumbent senator to take his spot. Then, two years later, he won re-election and got a second term as an Arizona State Senator to serve the citizens of his state.

However, his political ambitions didn’t stop there. During the 1994 elections, he ran against his democratic opposition for a seat in the US House of Representatives, becoming a congressman for the constituents of Arizona. And apparently he represented them well enough that put him back in that same seat in the 1996 and 1998 elections. He probably would have won a fourth term, but he pledged not to seek re-election and stepped down.

After that, he served in some sort of capacity for American politics as his profession: lobbyist, chairman of Arizona Republican Party, campaign manager, etc. But in 2013, he decided to head over and get his old job back in Congress, winning two more terms. If those two terms were an indication of anything, it’s that another term would have been as easily won, but he announced his permanent retirement from congressional politics back in 2016.

Matt Salmon is obviously not new to the game of politics. So if anyone can level the playing field against the opposition to kratom, it’s definitely this man. After Salmon’s first step down from Congress—between his two congressional stints, he served as the President of the Electronic Cigarette Association. Around 2009, the Food and Drug Administration (FDA) was looking to ban e-liquid nicotine vapes. And the incident was eerily similar to the FDA’s current argument against kratom. The agency claimed it was looking out for the health of consumers by getting vapes off the market.

The FDA even began intervening and confiscating electronic cigarette products shipped through Customs: the same as they’re doing with kratom imports. But Mr. Salmon kept the pressure on the agency and utilized his contacts in Washington D.C. to bring the travesty to light. The FDA was even refusing to listen to the science about the safety of the e-cigarette products—the same as kratom. And the federal agency wouldn’t even entertain the thought about how it benefited smokers who were trying to quit another deadly substance. Once again, does that sound like the current situation we have with kratom?

However, at the beginning of 2010, the US District Court for the District of Columbia handed down its decision to halt the FDA’s overreach into the E-Cig industry, allowing consumers a safe alternative to smoking cancerous tobacco. So, it’s clear that Matt Salmon has the skills and connections to pull a similar stunt with kratom.

The FDA is a federal agency that operates within the executive branch of the government. So the agency is part of an overindulging beast that our government somehow morphed into. But Matt Salmon doesn’t cosign to the monstrosity it has become. In fact, he works to tame it. He advocates that government agencies should undergo some sort of reform and wants to cut off portions of the fat.

His political beliefs about overreaching government agencies during his tenure in Congress, along with the time he spent as President of the Electronic Cigarette Association, show he’s exactly the type of leader the American Kratom Association needs at the helm of the ship during this tumultuous period.

I don’t know what position you guys take on the political level. Perhaps you stand on opposite sides of the field. That’s fine and dandy. You’re free to adhere to any political ideology you want. This is a free country. And I’m not here to push his political beliefs on you. Hell, I wouldn’t dare. I’m an anarcho-psychonaut who feels our current government is an antiquated relic from a forgotten past. But let’s put all of that individualistic bureaucratic nonsense to the side for just a moment, shall we? Instead, let’s judge him only by his qualifications.

I know that some members of the kratom community have had misunderstandings with the AKA in the past. And some of you all still do. But we can all agree that this appointment was definitely the right move.