Every Country With a Kratom Ban

We Must All Work to Keep Kratom Legal 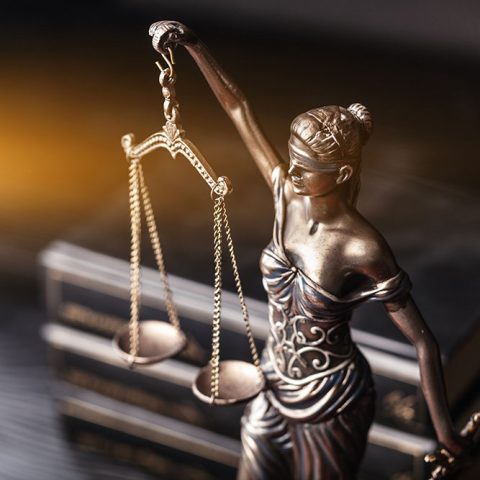 Kratom is under attack by federal agencies. We all know it. We watched it unfold back in 2016 when the Drug Enforcement Agency (DEA) tried to schedule the leaf behind closed doors. Luckily, we found out about it before it occurred and showed up to take on the establishment together. During election year 2016, we found a lot of representatives eager to answer the call. And despite the misinformation that spread across mainstream media in the previous year, a few outlets were willing to discuss the actual scientific evidence of the matter. (The whole cannabis debate kind of paved the way for herbal advocates to gain access to high places: pun intended.) And those efforts allowed the movement to grow larger with each passing moment. Together, we did the impossible. For the first time in history, the DEA back down from its initiative. We won a great battle that day.

However, the war is far from over. The DEA may remain relatively quiet on the issue, but the Food and Drug Administration (FDA) has taken over its rallying call. Unlike the DEA, the FDA works clandestinely. It puts out misinformation on the airwaves and poisons the minds of those in the medical industry. It works to garner support on Capitol Hill. Its allies include one of the largest industries in the nation: the pharmaceutical industry. And both work diligently to push more deadly opioids on the unsuspecting public.

So we must unite once again for our freedom.

The AKA Plays its Part

In the past years, the American Kratom Association (AKA) has become the calvary in our battle. The game of politics calls for those who understand the political nature of a movement. And nobody knows that better than the AKA. And they fight fire with fire. The non-profit kratom advocacy group uses the donations provided by kratom supporters to unite legal teams that can go toe to toe with the FDA’s forces. Their crew manages to fund lobbyists in states where legislators have vowed to ban kratom. And the organization has beaten back those efforts repeatedly. The AKA takes trips to Indonesia, the country where kratom is grown, to fight for our access to the plant. The FDA has taken steps to influence the country’s leaders to hear its stance. So the AKA makes sure those politicians hear the truth, presenting the facts found from scientific evidence.

The AKA also attempts to get pertinent information out to the public about safety precautions that are necessary for the industry. They fill their website with a lot of valuable resource material. The organization works to implement current good manufacturing practice (cGMP) regulations alongside kratom companies: a job that the FDA is responsible for, yet it fails to perform its duties. You can find a list of the vendors that donate to the AKA and practice those procedures on the AKA’s website. And we can all thank the AKA for getting mainstream networks to launch a kratom advertising campaign across television screens throughout America.

Kratom Vendors Do Their Part

When we think about the war on kratom, some advocates are wary of the kratom vendors in the fight. And some have a reasonable argument for it. Not all of the kratom companies are good for the industry. Some of them are not in it for the love of the plant. Instead, a few companies are solely interested in the pursuit of the all-mighty dollar. Their actions leave a lot to be desired. Some companies use non-FDA compliant tactics to persuade a few more potential customers to take a bite. And those actions have consequences and repercussions for all of us. However, we cannot judge them all from the actions of a few bad apples. We must consider the value of each kratom business according to the fruits of its labors.

And a lot of kratom businesses donate heavily to the AKA. Most of the things the AKA accomplished would never be possible without the funding from kratom companies. Their pockets are much deeper than the typical kratom advocate. So we all benefit from their large donations. Other than helping to sponsor the AKA, plenty of kratom vendors are active in the community. They lend their platforms out to a larger audience. They even manage a few websites that combat the misinformation that the FDA touts. Let’s face it. The internet is a behemoth of available information. So we need more accurate data about kratom that’s accessible to the public. Every google search is an opportunity to persuade someone.

The Audience Must Perform its Role

So far, we have covered an essential organization that champions the rights of the kratom consumer with ties to the government and political prowess. We’ve also discussed the importance of kratom businesses that fight for our access to kratom products. But both of those entities wouldn’t be possible without the support of people like you. Your purchases are the reason kratom companies exist. Your donations, when combined with other kratom consumers, provide the pivotal war chest when it’s time for the AKA to go into battle. And your combined voices were the ones that rocked Capitol Hill in 2016. And those politicians still remember the strength of your commitment. It’s people like you that are the heart of the movement. That’s the cold-hard fact.

Now, I could tell you that it’s crucial to donate to the AKA. And if you don’t have the financial capabilities, then your time is just as valuable. I could mention that calling, writing, or meeting with elected officials about the kratom issue is a paramount concern in the battle. But I won’t. You already know that. Instead, I’m going to ask you to perform an essential function to pursue kratom legalization on a national scale. It’s simple. And it won’t cost you a thing.

Tell everyone you know about kratom and how it helped change your life. Introduce new people to the plant. The more, the merrier. Every new kratom advocate makes our army stronger. And in a democracy, the majority takes the high ground.

It Takes Everyone Working Together

The American Kratom Association is a pivotal ally in the battle against federal agencies that continue to wage a misinformation war against kratom. But they cannot win the battle alone. The same as kratom companies are only a small piece of the puzzle.

In the United States, we formed our political structure by coming together to fight for freedom. And if we continue to unite and lend our voices to the movement, no political power structure is too influential to resist our combined pressure. So we must all continue to work together. Our efforts, forged together, make us a juggernaut in the political realm. United we stand; divided we fall.

Each of us should allot some precious time to write our elected representatives in office, demanding that they listen to science instead of the pharmaceutical industry. We should push them to consider creating a bill that benefits the people. The federal government needs to stop the partisan bickering it’s known for and work together to create legislation that shackles the opioid crisis from expanding. Recent studies suggest the alkaloids found in kratom are useful in treating opioid addiction. So the next logical step would be for our government to follow the science and safeguard our access to the supplement. A federal Kratom Consumer Protection Act (KCPA) would put regulations in place that protected consumers from contaminants and adulterated products. It’s the FDA’s job to create, implement, and enforce those regulations. Now, it’s time for our leaders to make it happen.