Kratom Prohibition Will Not Work 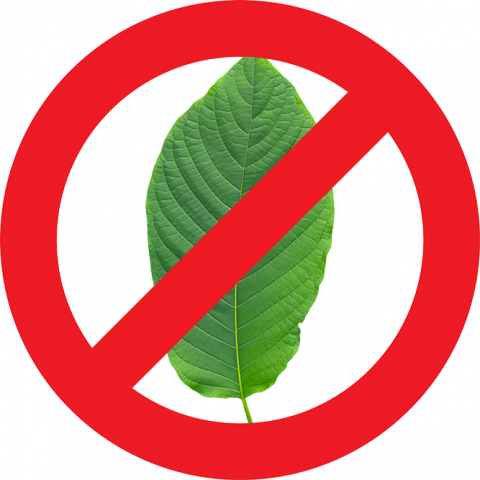 Our represented officials create laws that make things illegal in the United States. These laws give the judicial system a blueprint to charge and convict criminals. And it keeps our society safe from murderers and thieves. But there are times when our representatives have overstepped their bounds and prohibited mankind from things that shouldn’t be illegal. One such instance is when the government mandates what you’re allowed to do with your body. Nobody in the world has any right to restrict your actions in that regard. However, politicians refuse to maintain any sense of liberty at times. And it appears they feel empowered by creating unconstitutional laws.

For example, the government doesn’t have the right to tell you what you can ingest, whether it’s a type of food or a mind-altering substance. But the federal government created the Controlled Substances Act in 1970 to stop Americans from choosing to ingest specific substances. And some of those “drugs” on the list of scheduled drugs are extremely dangerous. One particular life-threatening drug is a plant called marijuana: smoking it puts you at risk of getting very hungry and eating all the snacks in your house while you binge-watch your favorite television show. Then you might take a two-hour nap. You have to be a daredevil to even think about such deadly behaviors.

All joking aside: prohibiting people from using an illegal substance has never worked. Our country has tried prohibition several times before. And the result of each instance speaks for itself.

The 1800s saw a rise of religious groups that believed alcohol to be ungodly. These temperance movements led to politicians using the cause to rally votes. And by the early 1900s, 33 different states had created legislation for various alcohol prohibition laws on the books. Then in 1917, the United States entered World War I. President Wilson enacted a temporary wartime prohibition of alcohol to make sure enough grain was available for food. But shortly after, Congress ratified the 18th Amendment, which proclaimed the production, transport, and sale of liquor illegal. It did nothing to enforce it, though. However, at the beginning of the 1920s, the government passed the National Prohibition Act, also known as the Volstead Act. It provided federal enforcement of Prohibition.

Now, the entire premise of Prohibition was that the removal of alcohol from society would create a more harmonious and productive civilization. But problems arose. Throughout Prohibition, the illegal manufacture and sale of liquor became an enterprise on the black market, ushering in the age of the Mafia and organized crime. From there, criminal enterprises orchestrated a nationwide bootlegging racket. And the world witnessed Al Capone come to power, controlling the Chicago underground territory. Violence, corruption, and mayhem followed suit.

Americans began blaming Prohibition for the moral decay around them, despite that it was supposed to bring about the opposite. By the early 1930s, President Roosevelt made the repealing of the 18th Amendment part of his presidential platform. And some say it helped him get elected.

Besides alcohol, the United States had a fair share of problems from prohibiting other drugs, too. At one time in American history, opium was legal and easily accessible. Then the US government gave pharmaceutical companies the rights to market the flower for medicine. But profits drive corporate agendas. Soon after, those companies started pushing their addictive drugs on unsuspecting victims. The results were catastrophic. We need to look no further than our country’s opium epidemic for proof. More and more citizens found themselves addicted to opioids prescribed by their doctors.

When it became evident some of the doctors were not acting in good faith prescribing the pills, the government stepped in and made it more laborious to get a prescription. As more government regulation interfered with access to prescription opioids, our country saw more of those addicts heading to dealers to purchase street drugs like heroin. And buying narcotics off the street became a game of Russian roulette. Nobody knows what’s used to cut an illicit substance: it’s sometimes deadly chemicals.

In hindsight, keeping Papaver somniferum flower legal might have been best. Opium poppies produce latex (a liquid sap that forms in the bulbs) that provides humanity with several alkaloids that have pain-relieving properties: morphine, noscapine, codeine, thebaine, papaverine, and narceine. And there are quite a few alkaloids that produce nausea in users that use too much opium: Mother Nature’s way of warding off overdoses. So making opium poppies illegal in the first place might have been a terrible mistake.

Unlike the two previous examples of prohibition, kratom is a substance that’s a relative newcomer to western civilization. Also, the plant hasn’t been banned or made illegal by the United States yet; however, a few individual states and cities have banned the plant. But the federal government would like to see kratom placed on its Scheduled List of Drugs. And there’s no lack of desire from the Deep State to see it happen. A few federal agencies have already tried their hardest to put the proverbial nail in kratom’s coffin. The Drug Enforcement Agency (DEA) put the brakes on its emergency scheduling of the plant back in 2016 when outspoken support from different corners of the American populace made the matter mainstream news.

Since then, several federal agencies have made it a part of their mission to put out disinformation to the populace about the plant, hoping to sway public opinion. And the past few years show an increasing hostility toward the kratom industry. They’ve gone after vendors, suppliers, and the media. And when a federal agency like the Food and Drug Administration (FDA) can harness enough outcries and support from vociferous opponents to kratom, then its mission to ban the substance becomes an easier task.

But kratom prohibition is unnecessary. People who drink kratom tea are not looking to get high or wasted: kratom products don’t produce any intense feelings of pleasure. Instead, kratom consumers are looking for a natural herbal supplement that provides therapeutic benefits for the user.

A Kratom Ban Is Unnecessary and Unconstitutional

There has never been an instance in any society or government where prohibition created the desired outcome touted by those wielding enough power to legislate it into existence. If truth be told, we witness the opposite occur, creating a black market that breeds violence and corruption. And historically speaking, impoverished citizens usually take the brunt of the legal complications that arise from getting caught with prohibited substances. And those criminal records follow them throughout their lives, making it more difficult than before for them to get ahead of the curve.

No government should legislate what a person does with their own body, especially in a society that claims to be free. And any law that makes a plant illegal should be questioned by the entire nation. But more importantly, we need to ask why politicians believe corporations should have access to those same plants.

Finally, government officials should embrace natural substances that science suggests could be used to treat opioid addiction, now that we face an opioid epidemic. Furthermore, US politicians should take note of the research that claims kratom doesn’t have abuse potential. So, from a scientific standpoint, the kratom tree seems to be a gift from Mother Nature. The planet provides us with plants that create molecules to help us manage our horrible pains: opiates. But those alkaloids carry the risk of addiction if used for too long. Luckily, kratom can circumvent those dangers for mankind. But our government needs to stay out of the way of progress.