The Future of Kratom is Uncertain 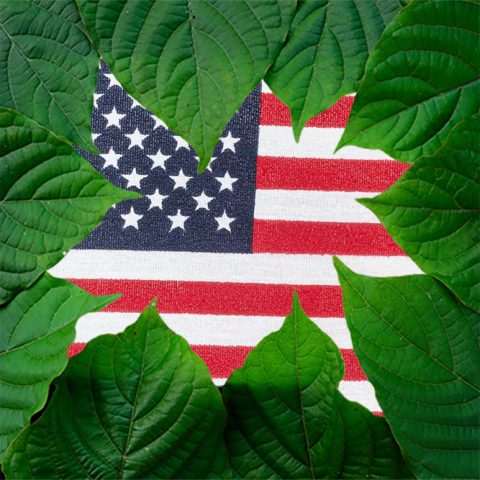 Mitragyna speciosa, more commonly known as kratom, is a plant from Southeast Asia that has come under scrutiny by federal agencies looking to ban its existence from the United States. However, scientists are interested in learning more about the plant, and a federal ban would make their efforts more strenuous, jumping through regulatory hurdles trying to gain access to the plant.

A year ago, in July 2019, an article was published (co-authored by Dr. Charles Veltri and Dr. Oliver Grundmann) that went into detail about the current state of affairs surrounding the lack of scientific reports on Mitragyna speciosa. The report also touched upon the fact that some of the publications written about kratom leave out pertinent information within them, especially ones that pinpoint kratom as a toxic substance that led to the death of the user. In those cases, the papers fail to address the issue that other substances, besides kratom, were present in the postmortem testing in all of those deaths. So, the subjects had other drug compounds found in their bloodstream. And as such, kratom cannot be ruled as the cause of death with the other variables not taken into account.

Veltri and Grundmann stated the scientific community needs additional research to better understand kratom. They found that most kratom users are seeking much safer opioid alternatives for their chronic pains, while some look to break their dependency on toxic opiates—whether prescribed legally or purchased off of the streets (where fentanyl-laced products are a growing concern).

A New Report with Skewed Data

The report issued by Veltri and Grundmann addressed the concerns that more studies should be conducted to report the significance of the backgrounds of people inside the kratom community since they appeared to be a widely diverse crowd. But when you take a closer inspection of the kratom community, they share some similarities if you focus on their motives. The majority within that crowd is looking for a viable alternative to the addictive and dangerous opioids that are flooding the market.

But earlier this year, in April 2019, a cross-sectional study was performed by a survey of Non-Medical Use of Prescription Drugs (NMURx). It was headed by Dr. Jonathan Schimmel. And they used a Drug Abuse Screen Test (DAST-10) to determine the likelihood of abuse or dependence on illicit drugs. But the results of that survey were contradictory to the truth.

But the online survey administered by the Researched Abuse, Diversion and Addiction-Related Surveillance (RADARS) System obtained information from subjects who dabble in the non-medical use of prescription and over-the-counter drugs. A large portion of kratom users moved from prescription drugs over to kratom. So the subject base used for that survey is a dissimilar demographic than the majority of kratom users that live in the United States.

The man heading that study, Dr. Schimmel, is not new to the kratom plant. But one might question his ability to conduct unbiased research. He’s already shown the proclivity to take data and twist it in a way that presents a false narrative.

For example, Dr. Schimmel recently released a report indicating that kratom usage is linked to liver complications, but the report even states this assumption is based on the totality of low-quality human evidence. So, it’s evident from that report, Dr. Schimmel jumps to conclusions from shoddy-procured data. That study was released back in January 2020. But a few months later, in June 2020, a new study was performed in Malaysia that also looked into the effects of kratom on the liver. But the results of that experiment showed that kratom usage did not affect any of the subjects’ livers. So Dr. Schimmel’s report isn’t supported by other scientific experiments that were currently released on the subject.

With Dr. Schimmel, two recent studies in the past few months have been authored and released from a perspective that places kratom in a negative light. And each of those reports goes against other scientific experiments to make such exaggerated and bold claims. Plus, the evidence for each report’s argument was completely questionable. One study utilized substandard evidence to build an argument. And the other one was built from data that can neither be refuted nor proven to be accurate. So both reports should be taken with a grain of salt.

The Study Was Dissected by Professionals

The data provided by Schimmel and his companions were not only questioned by the kratom community at large, but it also came under scrutiny from Dr. Grundmann, who took issue with the stats listed, too. Grundmann advised the way the information is presented, it could be inferred that a cause-effect relationship between using kratom and forming a substance-abuse disorder after the fact might be how it’s taken by the audience. He then went on to argue that most kratom users in other studies report that they use kratom to mitigate drug dependency on addictive opioids, so it’s actually the other way round.

Grundmann also had a problem with Schimmel pointing to FDA-approved medication-assisted treatment (MAT) for opioid use disorder (OUD) as an alternative for opiate-dependent subjects to use instead of kratom. Grundmann argued that accessing MAT can be challenging for people with OUD. And he pointed out that overdose mortality data in the US indicates the risk of death associated with illicit opioids is 1000 times greater than is possible with kratom.

Dr. Grundmann is right. And the fact that Schimmel would point subjects to MAT treatment clinics instead of kratom doesn’t make sense. Those clinics just trade one deadly synthetic opioid for another. The opioids are created by a pharmaceutical companies and sold to users by private and state-sponsored clinics. Most of those opioids carry a long list of dangerous side effects. And the possibility of an addict overdosing from taking too many synthetic opioids is a growing concern.

While I agree that we need a lot more scientific research into the alkaloids found in kratom, I also think that we need to make sure that these studies are performed by individuals that hold no prejudice toward the plant. Scientific experiments have to remain impartial to the outcome. And as we’re well aware, government agencies are funding scientific experiments to support the claims that kratom is a dangerous plant that needs to be banned immediately. And those reports are being subsidized by the taxes taken from everyday citizens while forsaking those individual’s best interests.

Furthermore, allowing governmental influence on published papers that tackles the science of kratom predisposes the researchers to a faulty outlook before even beginning their studies. That creates a problem for those seeking the truth about a plant that holds so much promise for mankind. But this isn’t a unique problem that only applies to Mitragyna speciosa, either. We’ve seen this type of behavior before with research released by questionable sources for Cannabis sativa in the past.

Lots of government-funded papers in history supported negative information about marijuana that was unable to stand up to current research that the private sector released. With certain states bypassing the whims of the federal agencies and allowing the cannabis industry to flourish, more scientific progress has been made to provide factual data that shows how beneficial the plant truly is. And as more states work to pass a Kratom Consumer Protection Act, the same should happen with kratom, too.