The Censorship of Kratom on Social Media Platforms 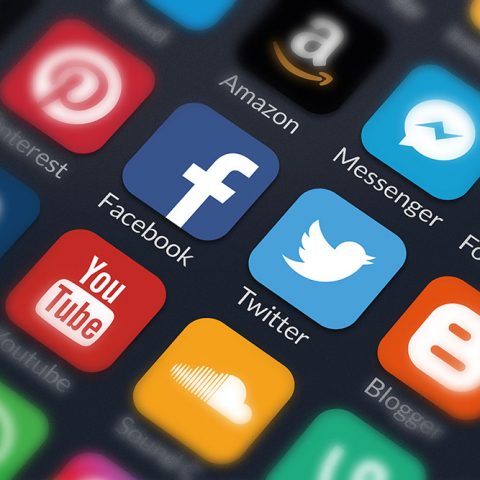 Since the inception of social media, the whole purpose of those ventures was to turn a profit. Without revenue, no sustainable futures are possible. But social media platforms don’t offer products or services. So only one inevitable conclusion lay at the fingertips of those companies. They had to make everyone that signed up for an account on the platforms a potential product to sell to other businesses. And it worked. The leading media giant, Facebook, now sits among the five largest tech companies in the US.

The growth of tech companies skyrocketed in the past few years. The pandemic only hastened the inevitable. Revenue was up for all those companies while small businesses suffered on the sidelines. But the growth of those companies also came with congressional scrutiny. Social media moguls had to testify before Congress on multiple occasions. And since then, a slow shift has taken place in how the industry regulates itself.

Many people are unaware that the Big Tech gatekeepers act as policemen, enforcing what can and cannot get mentioned on their platforms. Unless you have pushed the boundaries they’ve set in place, then there’s a good chance you might not even know it’s there. A lot of people live comfortably in their bubbles. But lots of people in the kratom community are aware of its existence. Kratom advocates have been suspended or placed in “Facebook jail” at times for merely mentioning kratom products. And with AI controlling the shots, you never know when it will strike.

Kratom businesses understand the turmoil all too well. There are plenty of kratom companies in the industry that have had their business accounts suspended. Some companies remained powerless as the tech giants permanently deleted them. When that happens, they must create another account and start from scratch.

Yet, each of those companies sells a legal supplement—as per the federal government. But the kratom industry is not the only plant-based sector that has suffered online. CBD companies have felt the wrath, too. Facebook pages marketing CBD oil, a product legal in all 50 states, get suspended all the time

But you don’t have to be a business to know about the pitfalls of social media censorship. There are plenty of Facebook kratom pages—and kratom advocacy groups—that have felt the disapproving sting from the social media platforms. Most of the kratom groups began changing their pages over to “private” channels to subvert the system. It was a move to stop the prying eyes from those who have fallen for the misinformation told by the mainstream media. Yet, the industry algorithms pick up everything. And a lot of kratom pages have been completely deleted over the years.

It’s a sad state of affairs. Some of the kratom advocacy groups used the platform to educate the populace about new scientific reports on kratom. So, essentially, social media companies are undertaking a hard stance against science—at least allowing a discussion of scientific discoveries by regular people who want to learn more.

On January 6th, 2021, a group of protestors pushed through a blockade on the Capitol steps. Then the protesters forced their way into the Capitol building. A few of those members ransacked some offices and stole federal property. To make matters worse for themselves, some of them recorded and took pictures of their antics, uploading them to their favorite social media networks. And that boggles the mind. In my heyday, if you thought about skirting the law, you tried not to incriminate yourself in the process. Who wants to provide the state’s evidence against themselves that they made for the state? Also, they used social media channels to organize and orchestrate the entire fiasco. So, you can rest assured, organized criminal activity was never their strong suit.

All tomfoolery aside, the protesters had planned the affair online, using social media apps as their point of contact. They utilized some of the groups they formed on Facebook to prepare. But a lot of the conversing happened on Parler’s site. The company claimed it built the social media platform to give everyone the ability to express their opinions freely without the fear of getting censored. But the problem with the platform, technologically speaking, was it suffered from a lack of experienced developers. The flawed architecture of Parler allowed a hacker to download 99% of everyone’s data before the platform got temporarily shut down.

Since the protest, falling stock prices pushed the technology companies to clamp down on specific topics they deemed dangerous.

The Technological Aftermath of the Capitol Protest

Shortly after the event, the technology industry went after President Trump’s accounts—citing he broke the Terms of Service with inflammatory rhetoric. And that made his supporters start rallying against those companies, claiming they have become monopolies in the industry, which is an argument specific Democrats have made for the past few years. So, we may see the technology leaders defending their stances throughout the decade. But a push for government oversight seems inevitable now

But do we want to give more control of our data over to the government? Can we trust representatives to maintain the freedom of speech that Americans seek? And how will that affect the kratom industry—or other industries the government already wants to suppress?

Some congressional leaders still want to make kratom illegal. We witnessed that in 2019 when a particular disguised bill tried to make any substance that reacts to mu-opioid receptors illegal. Elected representatives introduced The Modernizing Drug Enforcement Act of 2019. Luckily, the bill never made it to fruition. However, we are well aware that members of Congress never stop pushing for any particular legislation if they’re receiving sizable donations from their corporate sponsors.

And with the uncertainty of kratom on the far side of the globe, it would be discouraging to witness additional boundaries placed on the plant within our borders. Allowing the corporations to police their platforms may seem like a fool’s errand to some. But giving that power to the government also seems foolish to others.

Could the Government Take Control of Technology Platforms?

We recently saw a shift in the supplement industry on advertising channels in 2020. Facebook started allowing kratom and CBD advertorials to run on its platform. And the American Kratom Association produced advocacy commercials that ran on primetime television.

Now, the social media presence of the kratom industry remains uncertain. The tech giants started clamping down on posts, pages, and groups. Both the far-right and far-left political advocates have begun calling for government interference into how these platforms police themselves. And with the combined fury, they may get their wish. But at what cost? What happens when you give the government more power over all those channels? It’s a philosophical question that we may see answered soon.

The Drug Enforcement Agency once wanted to schedule kratom. The Food and Drug Administration currently manipulates a misinformation campaign against the plant. Creating a government agency to police social media channels could create additional hurdles for a community that’s already shoved into a tight corner of the internet.

Now, I’m not trying to portray that a doomsday scenario will happen. Nobody knows what the future holds. However, history teaches us that government entities are reluctant to give back power after possessing it.

Should there be some accountability by the tech giants? I’m pretty sure we all agree that their unrestricted power needs containment. However, we should tread carefully. Handing over the reins of the most comprehensive data servers to the US government doesn’t sound like a well-thought-out plan.

What are your thoughts?