Is the Spread of Misinformation A Public Health Issue?

Is Kratom Illegal in the U.S.? A Guide to Kratom’s Legal Status in Every State

What Are the Effects of Kratom? Understanding How it Works and What It Does 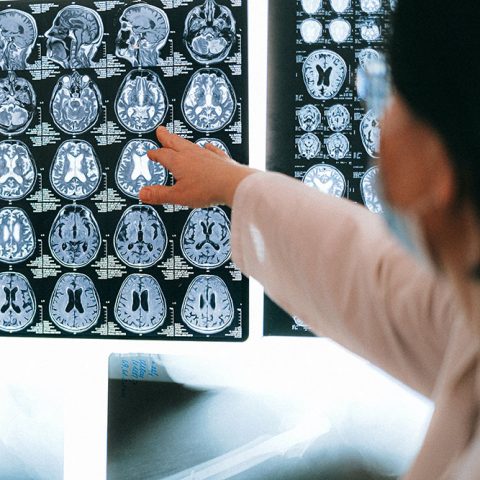 The use of kratom has grown in popularity in western countries, such as the United States, Europe, and Canada. This Southeast Asian plant has been reported to have stimulant and sedative properties, as well as being assistive with symptoms connected to physical discomfort.

Kratom’s effects can vary depending on a variety of factors related to the plant, including strain, and dosage, and related to the user, including weight and tolerance level. Kratom may also act differently with the presence of other substances, including prescription medications and recreational substances.

If you’re interested in trying Kratom, or if you already use it and are interested in pursuing a deeper understanding, below you can find information about how kratom affects the body, the brain, and possible side-effects to be aware of.

How Kratom Affects the Brain

There is still not a lot of research available on the long-term effects or clinical safety of kratom. However, pharmacologists have made headway on identifying some of the active chemicals which occur naturally in kratom, and are conducting further research into how those compounds impact the brain. Mitraygna speciosa, commonly known as kratom, contains the active compounds of mitragynine and 7-Hydroxymitragynine. These compounds are believed to bind to the receptors in the brain that are responsible for regulating perception of pain and sensations of reward, making them appear to function similarly to other agonists that have a clearer record of medicinal uses.

While medications that activate the same areas of the brain have been in use for decades, the precise way in which these agonists interact with the implicated receptors in the human brain is not yet fully understood. Likewise, the range of functions controlled or influenced by the brain’s pain and reward centers is still the subject of ongoing research.

While no kratom is currently being cultivated or sold for clinical use, there are strains available that have different compositions, and as a result, contain varying amounts and proportions of mitragynine and 7-Hydroxymitragynine. These alkaloids are being studied for their potential applications, and to better understand the extent to which they may support therapeutic functions, as well as any habit-forming risks.

According to Harvard Health Publishing, kratom use may carry a risk of building tolerance in users which can lead to dependency. It has been noted by sellers of kratom that daily use of the substance may increase your tolerance, therefore you may experience cravings or irritability if your usage patterns and dosage are not managed thoughtfully. If you are changing your dosage, either increasing it or lessening it, you should exercise care and alter your dose incrementally and in small amounts, to avoid possible adverse side-effects.

How Kratom Affects the Body

Kratom’s effects on the body rely on several factors, such as dose size, strain, method of use, and pre-existing conditions or presence of other substances in the body. Most commonly, kratom is directly ingested through capsules, powders, teas, or the chewing of leaves, but it may also be smoked.

On its own, small doses of kratom have been reported to produce stimulant effects. These effects can include:

Larger doses, between 10 and 25 grams, have been reported to produce sedative effects, such as:

The effects of a small dose can last an average of an hour and a half, while the effects of a large dose can last up to six, though this can vary based on the user’s tolerance level, method of intake, and other individual factors. Different strains of kratom are designed to produce different effects, and may also have different rates of absorption and duration of effects.

The Effects of Different Kratom Strains

Kratom comes in many strains and colors, and each strain has been reported to produce different effects. These effects can be referred to as “kratom speeds.” Kratom strains can include:

Strains are often named after the region they come from or attributes of the kratom plant. Because of this, strains like green Thai or red Bali kratom are available as separate strains, instead of blends. Sellers may blend any of these strains to create a custom products, which can result in various effects depending on the underlying strains included in the mix.

Many users have reported using kratom regularly, even daily, without experiencing side-effects. However, side-effects of kratom use can occur for a variety of reasons and may include:

These side-effects may appear due to overdosing, introduction to a new strain or strength, and kratom’s interactions with other opioid and non-opioid substances. These side-effects can range from mild to severe, and may appear together or separately. If you are experiencing severe or persistent side-effects, reach out to a doctor or emergency service and disclose your usage, as kratom alone may not show up on a urine drug toxicology screen.